Twelve middle aged women in fuchsia tops are dancing in the middle of the street. Their chirpy music mingles with the lounge soundtrack of the Starbucks terrace.

I’m on Shamian Island, where colonial powers established their residence in old Guangzhou. Heavy European architecture, stucco, balustrades, pillars. If it wasn’t for the dancing ladies, the tropical heat and the dangling roots of the giant trees, I could imagine I was in Prag, Berlin or Budapest. But I can’t think away the heat, the trees, or the people. I’m in southern China, late summer, with a mild film of sweat over my face. I rolled up my jeans to let my legs breathe.

I was in that exact same seat two years and a half ago. Back then, I was living in Nanjing – it was freezing winter up on the Yangtze, and for Christmas, I fled south. I stopped over in Changsha for a day, and arrived in Guangzhou on the night of Boxing Day. I still remember that feeling, getting out onto the street at FangCun subway station. The air was welcoming. I bought peanuts from a street seller, then bananas on LuJun Jie, where I walked among plastic tables where locals enjoyed late night barbecue. I walked along the Pearl River, sipping milk tea. Teenagers were out with skateboards. And I felt happy.

The next day, as I did this morning, I crossed the river on a ferry, looking out the window at the grey waters of the Pearl River. I walked along the stalls of the Fish Market, past piles of polystyrene boxes, mounds of seashells on the floor, among the strong smell of mud and water. I walked along the canal, under the dangling branches of evergreen tropical trees. I crossed a bridge, and arrived on Shamian Island. Then, I settled on the terrace of the Starbucks with a cup of espresso. I felt safe, home, happy.

Over the course of my travels, I have gathered the memories of a few such happy places.

There is a food court in the Singapore Chinatwon, where retirees gather after dark for cheap food and beer. In November 2014, after a difficult year running my first festival and applying for a PhD, I spent long hours there, finally resting, reading Watchmen and drinking addictive sweet coffee. This is the background image on my iPad.

There is another food court, in Penang, on the seafront. I sat there with Philip in early December 2008, eating curry, fried chicken, ice Kacang. We were getting to the end of our three month overland migration journey, and after exhausting times in China, Vietnam, Cambodia, Thailand, we felt that in Penang, things became easy, we were getting close to our new home, and we could breathe.

There is a cafe in Chippendale, in Sydney, where I sat down after my first major talk on the Chinese Internet in 2014, and again, after finishing a major stretch of work recruiting candidates for the first round of CAMP. It’s a little hipster place with fancy muffins, light blue pat, second hand wooden chairs, across a park and a new residential development.

There is a Bench in Queenscliffe, overlooking Port Phillip Bay. In 2011, I took an emergency two-day off there, after incorporating Marco Polo Project. I walked along the ocean to Point Lonsdale and, halfway through the walk, felt dizzy. It was evening, I was alone, and thought I might simply collapse there, from sheer exhaustion. I pause, I breathed, I looked at the waves. I slowly wake de all the way to point Lonsdale, trying to leave the burden behind. I made it there. A bus took me back to Queenscliffe, where I sat on the bench, looking out onto the water. 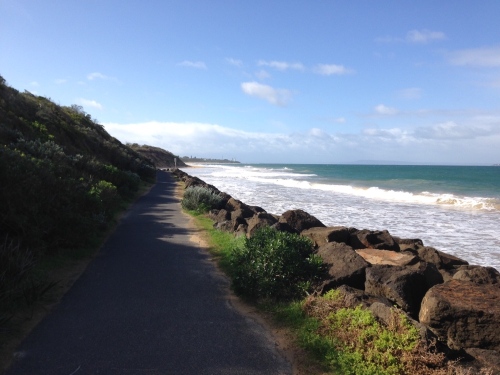 There are other places, but these mostly come to mind. These are places I reache after a feat – a difficult and transformative experience. There, I felt I could pause, relax, and take the time to regain strength before I start again. Is is what I am doing today. I just completed my first report for the Global Challenges Foundation – this has been one of my most difficult, if rewarding, professional experiences. And before I start again, or move on to something else, I need to take some time in my happy place, to renew.

I work with exceptional people on complex emerging projects addressing the challenges of the 21st century. I give concrete shape to their vision.

This site is dedicated to my reflections on inherited ethical frameworks from the Catholic, Buddhist and Confucian traditions – and more generally on virtues and values.

You can read more about my other activities at julienleyre.com

Confucian virtues: Exploring the five virtues  of Confucianism, 仁，义，礼，智， 信, practice and reflection informed by a close reading of the Analects

Cardinal virtues: Exploring the four virtues of prudence, temperance, justice and fortitude through reflection and practice